The Amazing Adventures of the Traveling Bracelets

Yes!  The call went out, I had so much fun having the first one, and I am so enamored of the idea of these bracelets, twelve of them!  Twelve! Wandering around the world.  I desperately wanted to spend time with all of them.  Sig is recording the travel of each bracelet on the traveling bracelets blog.

Well I wrote to Sig, getting her blessing on my quest and as we continued our dialog I might have suggested (which I thought the minute I hit send was kind of nervy of me) that maybe the the number ten could be expanded to twelve and the symmetry of the image would be improved....you know, 3 columns of 3 with 1 column of 1 didn't seem quite right.  Of course 2 columns of 5 would have worked perfectly, but I didn't think of that until after my suggestion.

Well as it turns out Sig had been thinking that very thing, the twelve thing I mean, and decided to put the already done Ganesha into the mix.   The twelfth is Machu Picchu and will accompany Sig to Machu Picchu in November, after which it will continue it's travels.

Now Sig didn't share with me that she had picked me to be first, but yesterday the doorbell rang and I found a package on the doorstep, and I recognized it, and I opened it and I am delighted to be entrusted with the care of another bracelet. 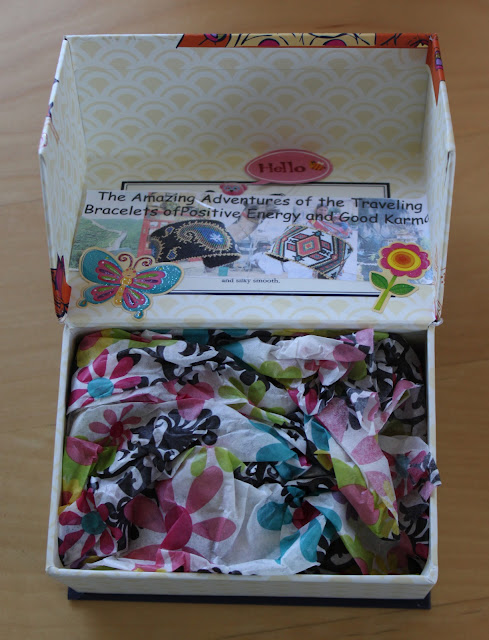 Maya has it down pat now....the perfect model 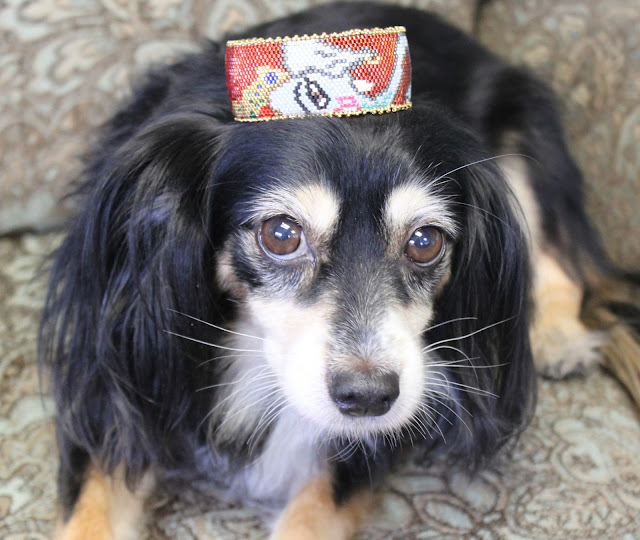 This one is Ganesha.  I love the brilliant metallic orange as a backdrop to the image.

Although he is known by many other attributes, Ganesha's elephant head makes him particularly easy to identify.[9]Ganesha is widely revered as the Remover of Obstacles[10] and more generally as Lord of Beginnings and Lord of Obstacles (Vighnesha (Sanskrit: विघ्नेश; IAST: Vighneśa), Vighneshvara (Sanskrit: विघ्नेश्वर; IAST: Vighneśvara),[11]patron of arts and sciences, and the deva of intellect and wisdom.[12] He is honoured at the beginning of rituals and ceremonies and invoked as Patron of Letters during writing sessions.[13] Several texts relate mythological anecdotesassociated with his birth and exploits and explain his distinct iconography. 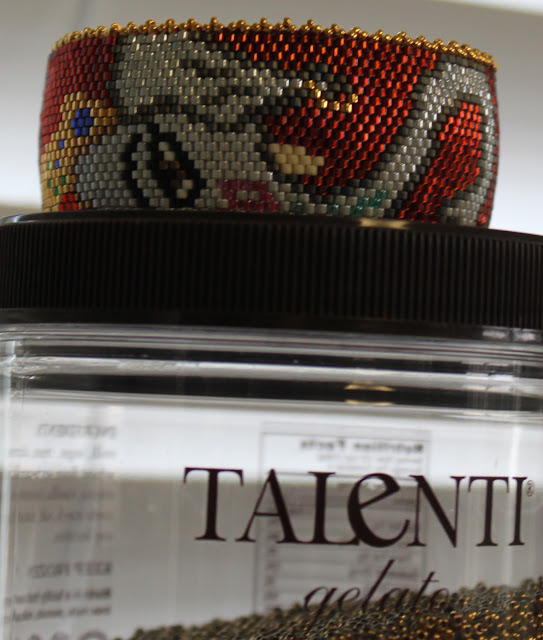 Rumor has it that I will receive another one next week, which is perfect as I have a big celebration of sorts planned, it's a surprise, involves family and I'll  share next week, but there will be a bracelet joining us and I'm darn excited about that.

Should you have one and care to entrust me with it's care and help with my quest, I'd be happy to be the recipient.  If you have someone in mind to give it to, I'll gladly pass it on to that person for you.  If you don't I will select from the list of those who signed up on Sig's Traveling Bracelet Blog, unless I'm traveling during the week I have one, in which case I will pass it on to someone in my travels.   Sound fair?

Posted by Marcia DeCoster at 7:47 AM

And when you've had them all, I want to see a collage of Maya modeling each one!

Really lovely bracelet and I agree with Cynthia since it seems "the princess" has become quite an accomlished model.

I'd love to have one travel with me...I'm going SOUTH! 8D

You keep collecting them all, kinda like potato chips, you cant just have one!!

Nancy, add your name to Sig's list, link is in the blog....and who knows...when are you going?