A week to relax

I may have mentioned that I promised myself a week off when I returned from Australia and I'm doing a pretty good job of it. Tuesday found me at the mall casually perusing some of my favorite stores...I bought some needed makeup at MAC and had a wander in Antropologie and Z Gallerie, bought a lime green Nano at the Apple store and finished up with some tea at Teavana.

Mark was in search of a new Rooibos, having used up his current stash. But he's a purist with his tea, no fancy flavors for him, so the tropical rooibos was out as was the chocolate praline tart rooibos, but I thought it sounded nice enough to give it a try... 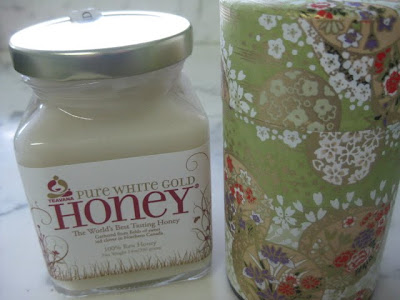 And the white honey, how is it I never had white honey until now? Beautiful, such a refined flavor, perfect in this tea.

Since I'm celebrating the ritual of tea at the moment, I think it is perfectly fitting that I make a tea cozy. I'm obsessed actually. I bought a copy of Really Wild Tea Cosies while in Australia and I cannot wait to cast one on. 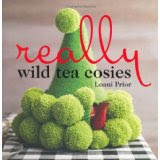 But first there is a baby sweater to be finished, and the sewing up of 3 other baby sweaters and a pair of leggings, and maybe a hat to go with said baby sweaters, and then there are two beaded gifts in progress, and people seem to be ordering kits from the store, so I will be getting back to work soon....

But now I think a cup of tea is in order.
Posted by Marcia DeCoster at 8:17 AM

Tea Cosies For The Win!

Oh, I want a peek at that tea cozy book! Looks so tempting.