I'm back from a wonderfully rejuvenating weekend. I live in San Diego so I don't know why I've never been to Ojai before. It is 3 hours and 20 Minutes North of me and 12 miles inland from the coastal town of Ventura.

The mountain views were beautiful, there were tree lined streets, a charming downtown with several artistic shops, and on Sunday an amazing farmers market. 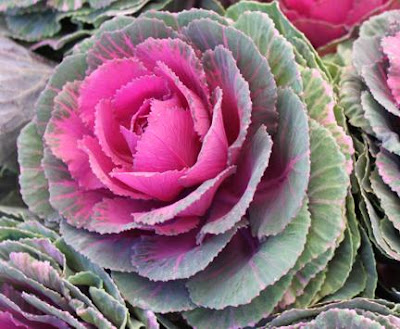 We stayed at the Blue Iguana which in itself was charming 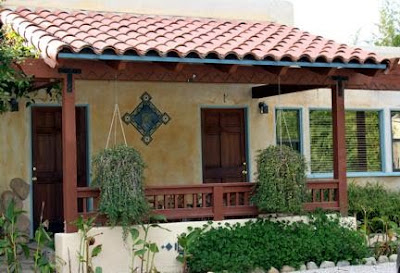 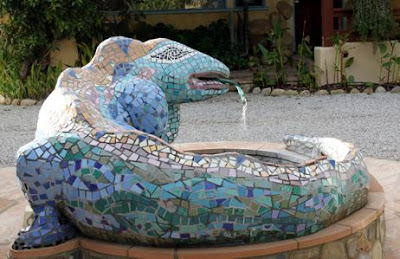 and then we took a walk over to the Emerald Iguana which was more secluded, quieter and closer to town. I would pick that next time and I'm sure there will be a next time.

Leaving Ojai we cut over to the coast avoiding LA traffic and took a leisurely drive to the Getty Villa, a replica of the Roman villa 'Villa de Papiri' which had been buried during the eruption of Vesuvius and subsequently excavated. The grounds and the art were breathtaking.

This a a fountain pool in the inner peristyle made of marble and lined with statues. 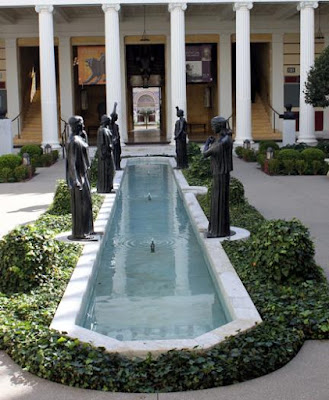 This picture shows two fountains in the East Garden and a nicely crafted masonry wall. 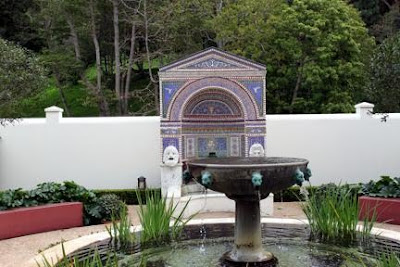 Since we are about to begin a landscape project including fountains, gardens and a masonry wall it was an inspirational visit.

And, I beaded....I'm beading a piece for Margie Deeb's spring color report. I started out with one vision and as often happens ended up moving in an entirely different direction. Pictures when the piece has developed far enough along that design decisions are willing to stay put.

Today the zoo!
Posted by Marcia DeCoster at 7:14 AM

Your photo of the cabbage flower is lovely... all of the pictures are, but that one just grabs me :)

so did you eat at the Getty? Their food is fabulous...

A farmers market! That is but a distant memory here in the midwest! The Emerald Iguana looks absolutely amazing! Can't wait to see what colorful beading your up to for Margie.

What beautiful photos! Sounds like you had a great time!

Oooh, the Getty Villa! One of my best friends in the entire world works there, and my husband and I went the last time we were in Los Angeles for a wedding back in 2006. I have all the pictures I took on my Flickr site... My husband was completely blown away by the huge bushes of Rosemary that they have growing everywhere!