Every once in awhile a design comes along that I can't stop making.  I love every version of it and am happy every time I make it.

Pacific Morning Glory is like that…..It makes a great bracelet, and is easily converted to a pendant.

The very first Pacific morning glory was bronze and fuchsia and for some reason, event though there are two distinct sides, I didn't think to make it reversible.  In subsequent color ways I did, but fuchsia remained fuchsia on both sides until now.

I was going to just inverse the two colors, bronze spines on one side with fuchsia in between and fuchsia spines on the other with bronze in between.  That remained the plan until I inadvertently began weaving the second side spines in bronze…..at which point I decided why not use a distinctly different color.  A trip to the wall of color and a metallic teal seemed the right answer. 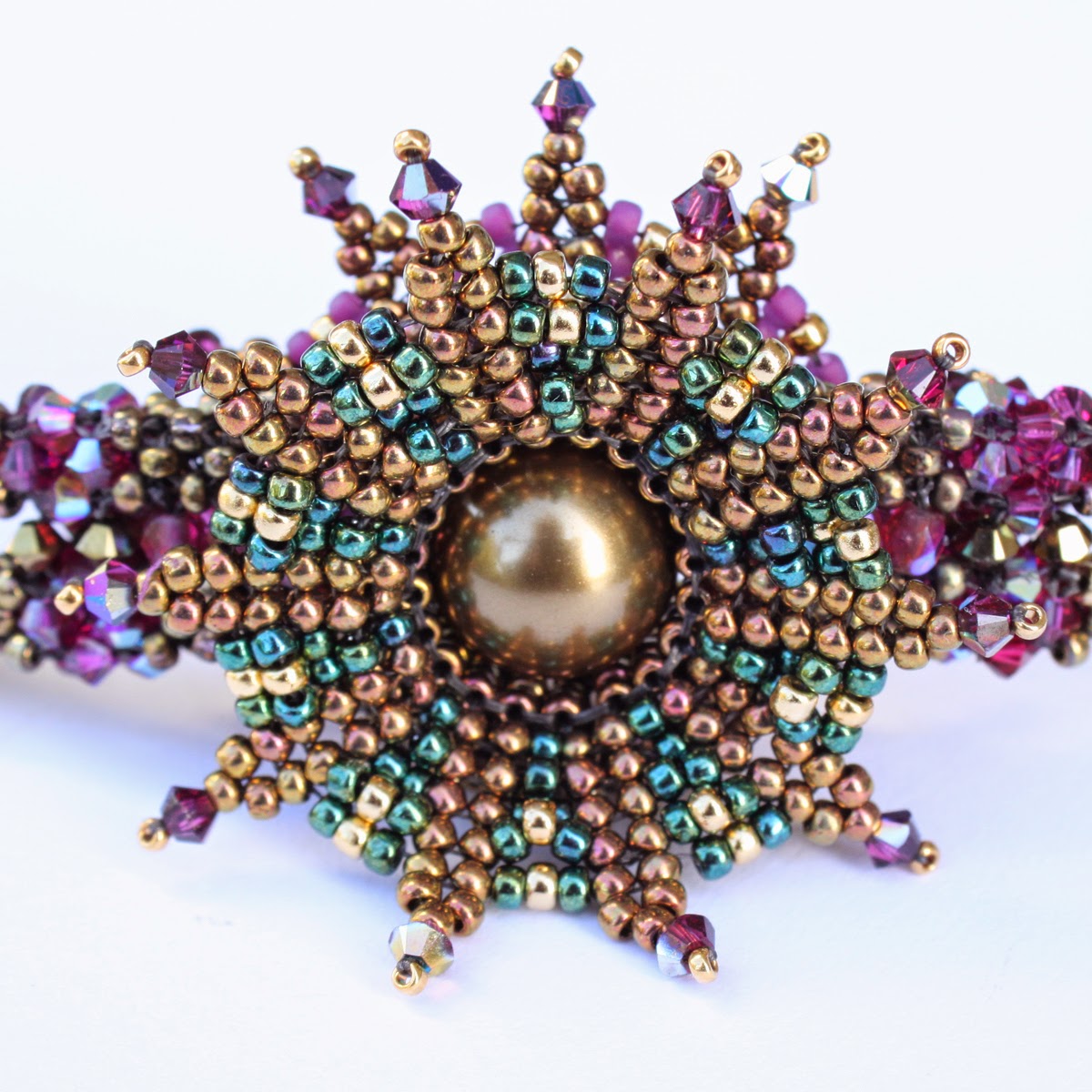 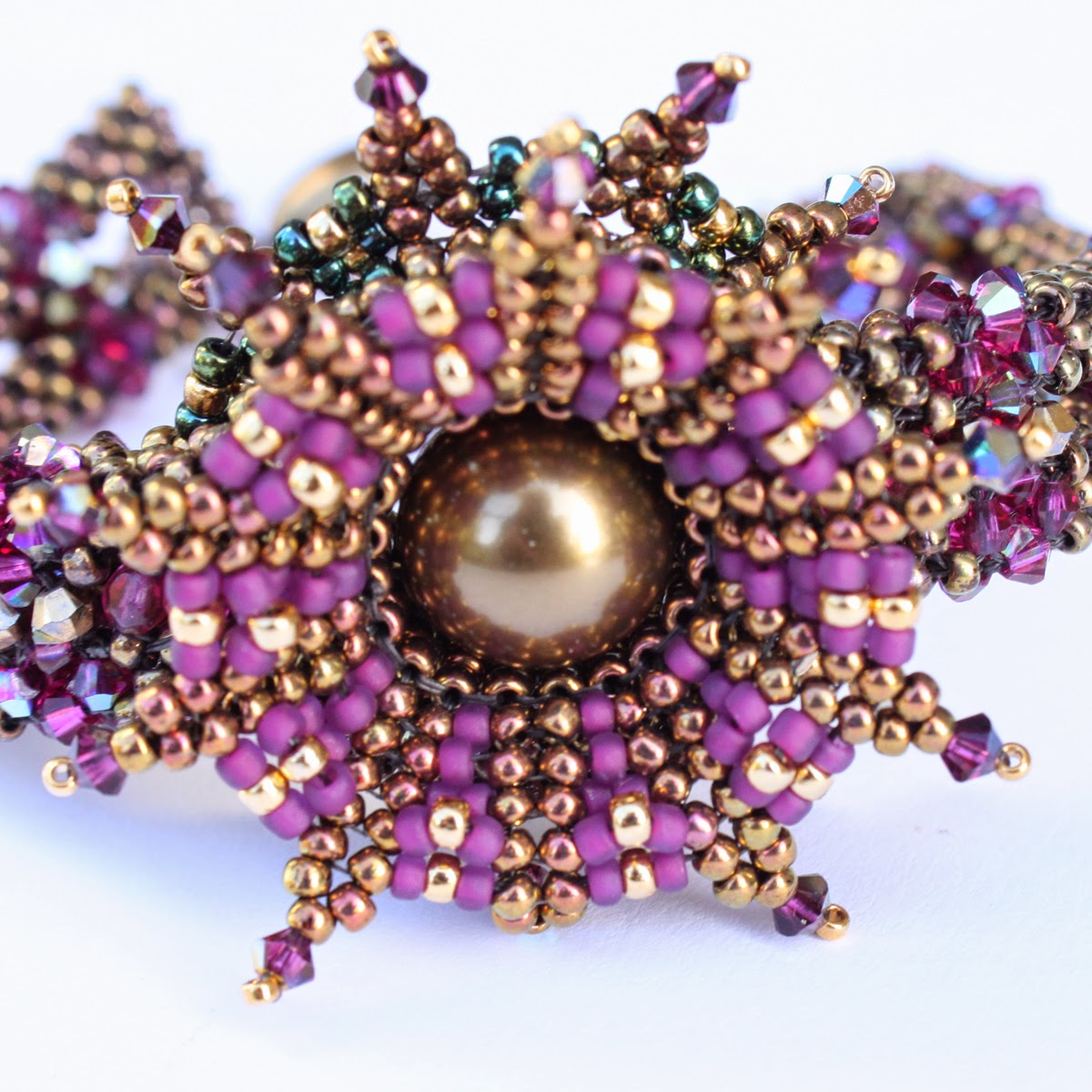 There is a clever little clasp that was designed to take advantage of the reversible nature of this piece. 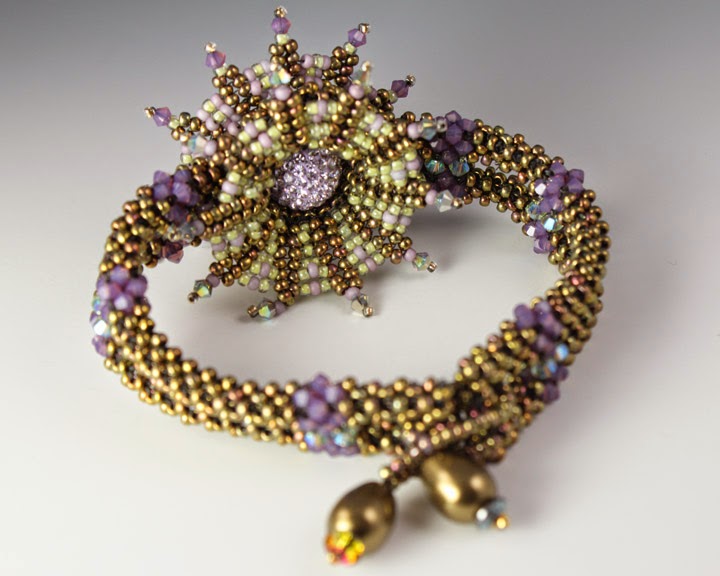 There are now four different pacific morning glories, well there is a fifth but I've not quite gotten to kitting that one up yet.

I'm kind of leaning towards the far left pacific and cyclamen opal with platinum pearls as my favorite but that changes frequently, right now, the teal and fuchsia is running a close second.  Which is your favorite?

This is one of my Bead and Button classes.  Since it is a 'camp' class we'll have  lots of time to explore variations on the theme!
Posted by Marcia DeCoster at 8:39 AM

These bracelets are beautiful! I love the second from the left (lavender and green)...it has a very springy fell to it

Hard choice to make! I love them all!

All are very pretty, hard to choose. Can't wait to see the last color!