Evolution of a Design

I started out with an idea that just sort of demanded it be tried out immediately….and it worked how I envisioned it.  It's funny because I was total exhausted, on a plane and yet, my idea could not be denied. 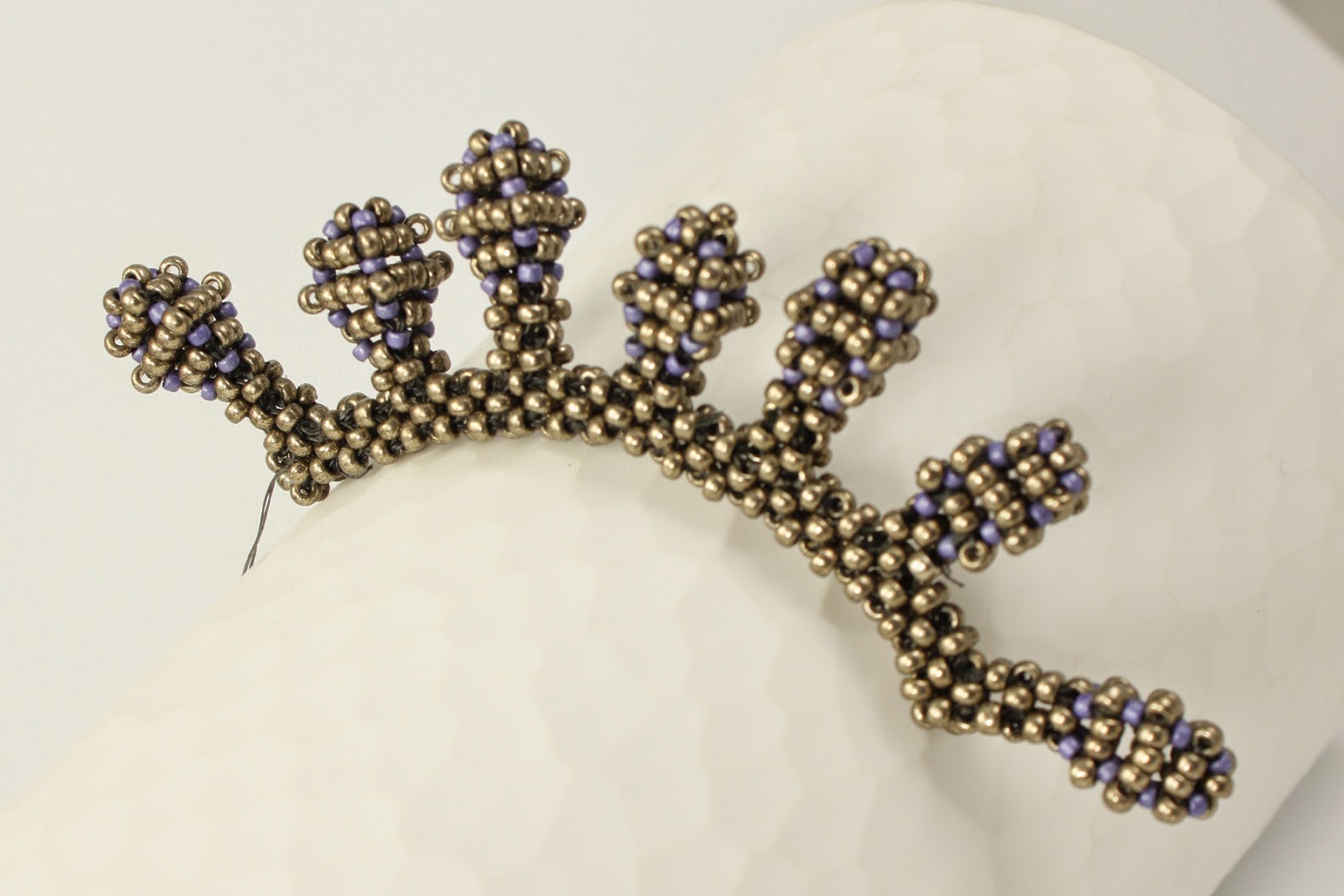 It was cute….but where was it going?  I thought of several bands made into a bracelet….but as I continued on, a circle of sprockets seemed obvious. 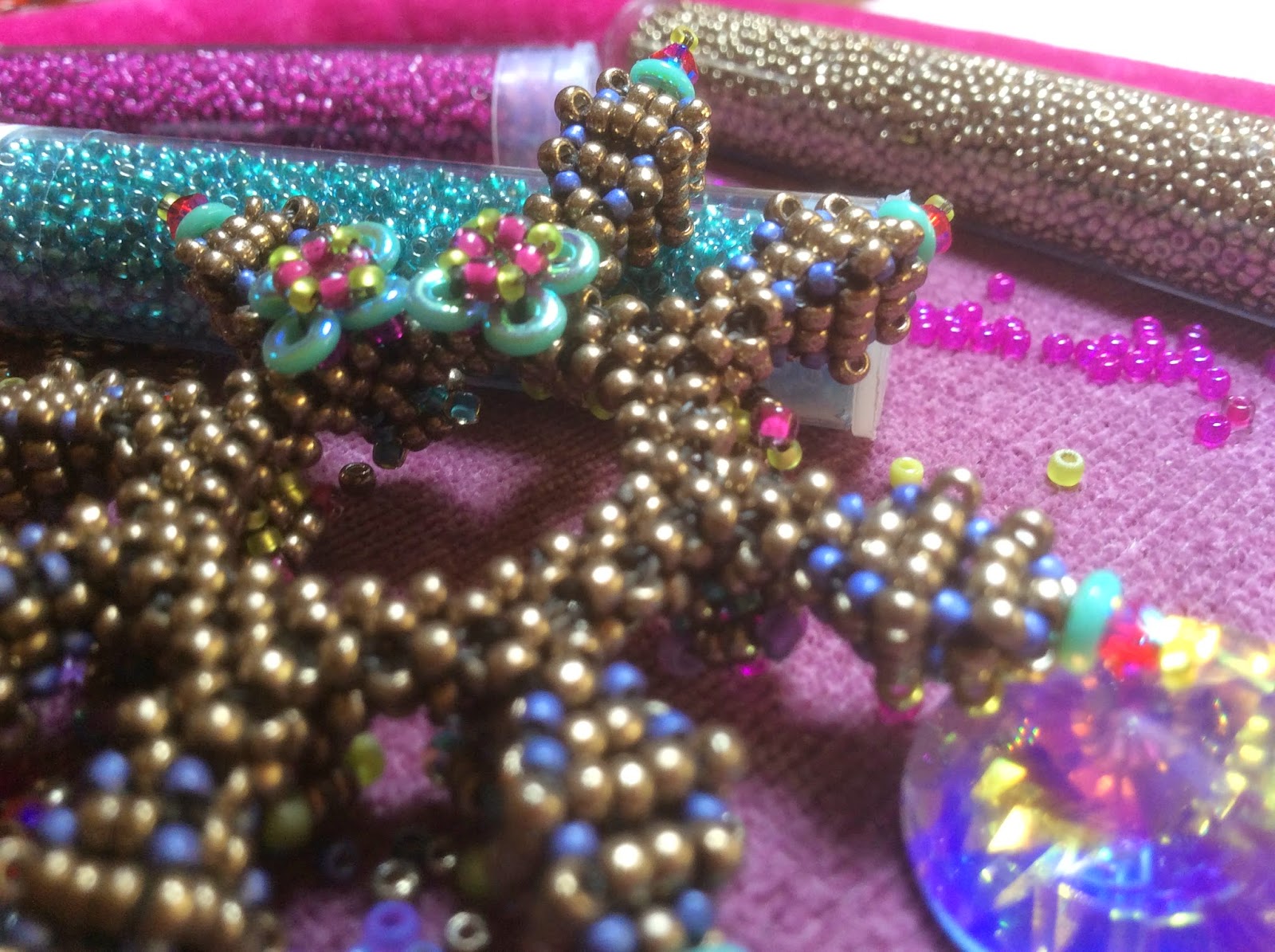 and of course the tips needed adornment, and then there was the open center, perhaps a rivoli would be good?  Isn't' a rivoli always good, and what about a rivioli on each side, a different one?  Reversible? 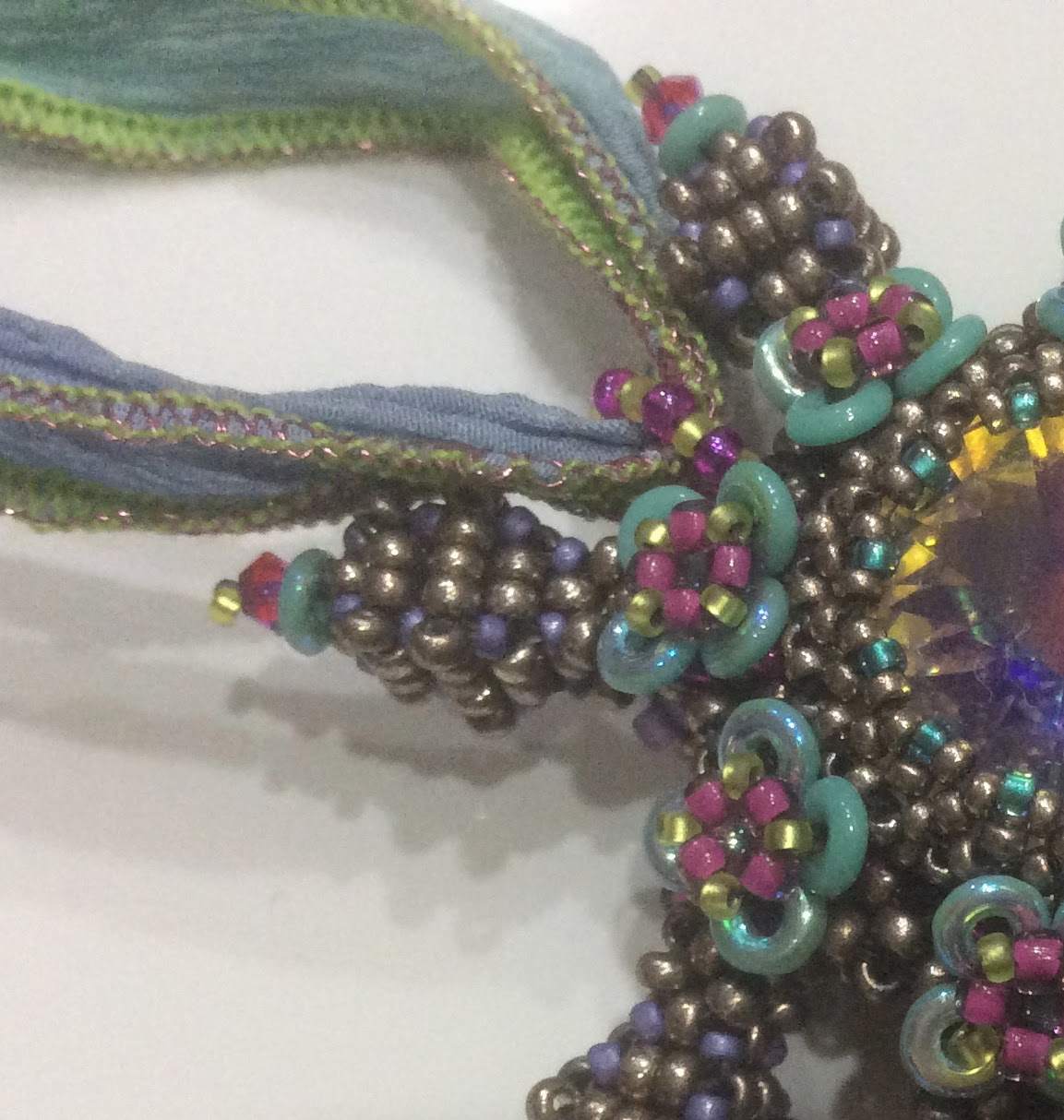 And embellishment of course…..and then since it was already pretty ornate, maybe just a simple bail and ribbon, yes!  And I like it ok, but…..the colors were a little uninspired.  Mostly because I carried on with the original idea and at the time the pewter and blue seed beads were the only two beads I had with me. So….. 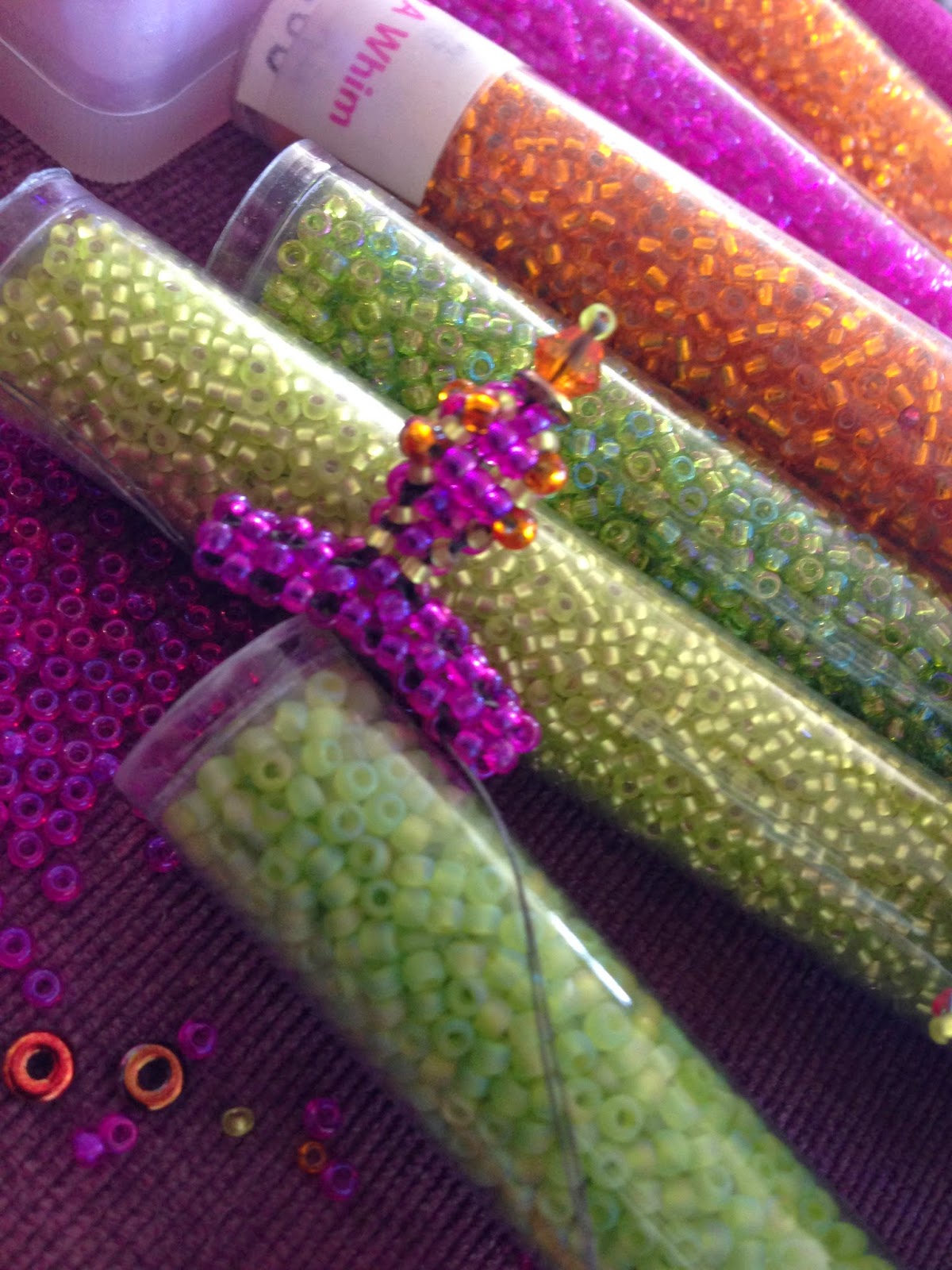 A little color was in order…and what about an 0 bead at the tip? 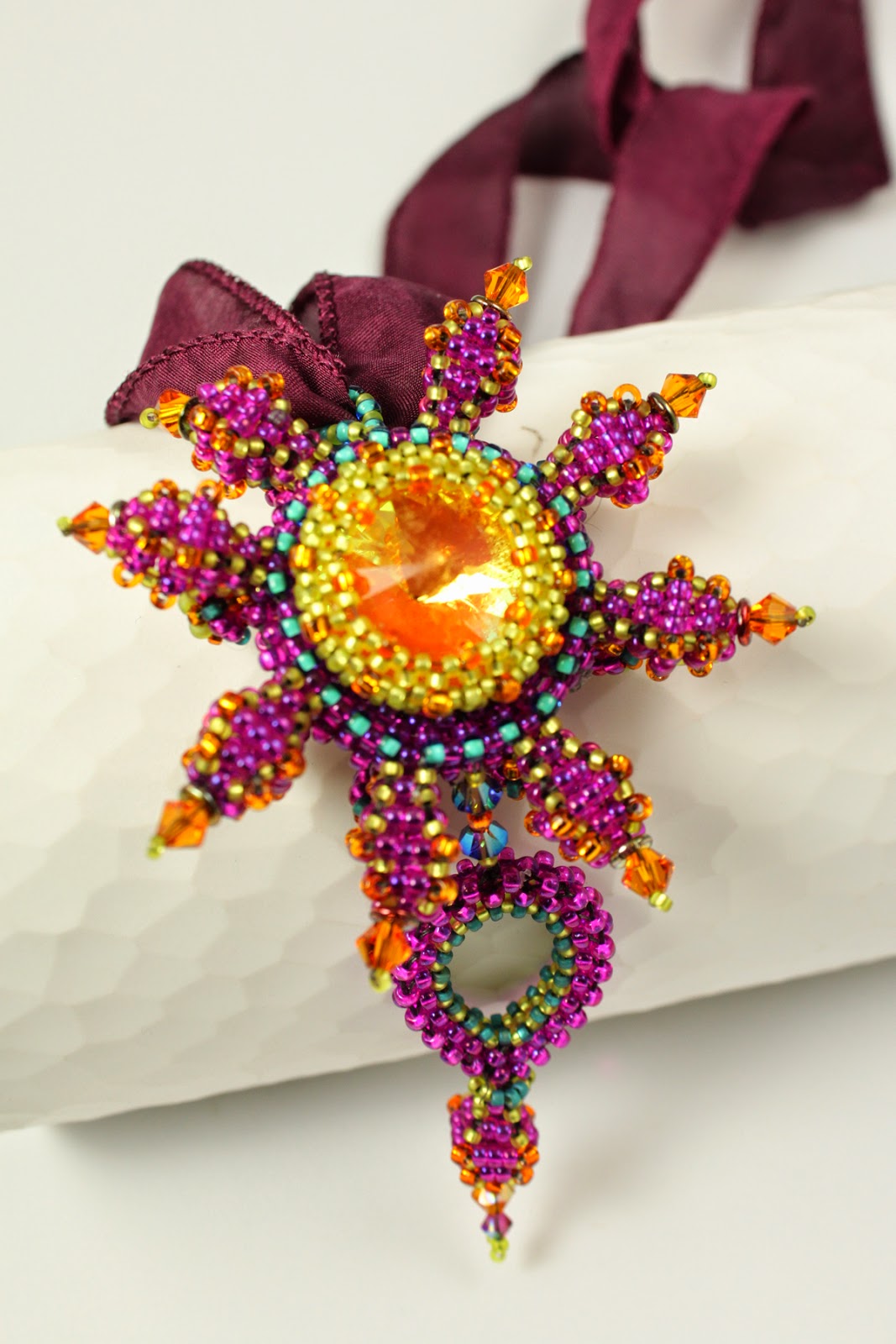 I started over with bright vibrant color, lots of it.  I decided that I needed to drop a pendant from the bottom, changing it from round to elongated, an element I quite like.  Oh wait, that bottom bit, that looks like the perfect earring.

But first, what about a different palette?  Different tips? 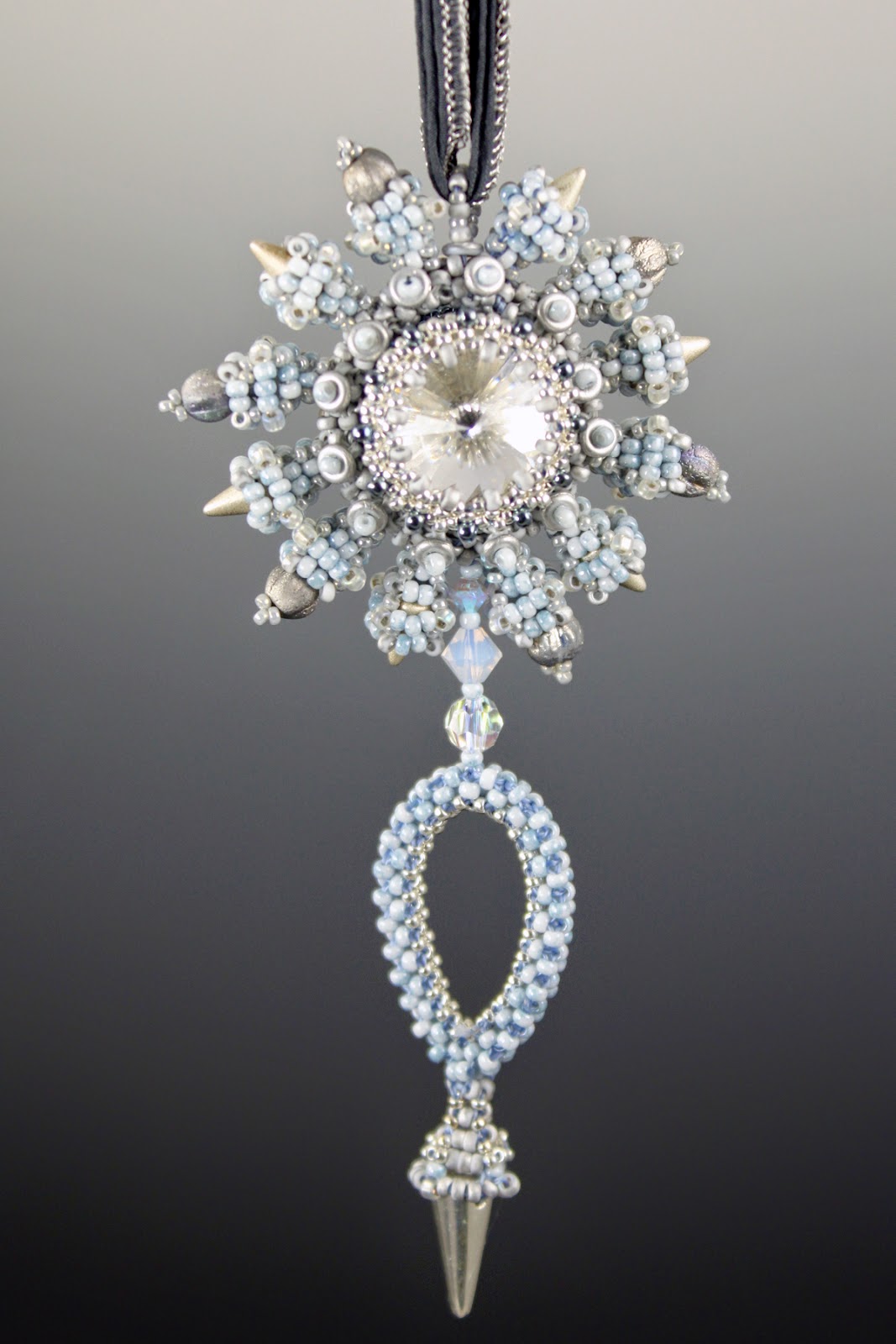 Spikes and Melons?  And then….well I thought I put a sprocket in every other cube, but I didn't get up from the beading chair to confirm, until I realized that every other would be 12 sprockets, not 8 and I like it, a lot.  I changed up every other tip and added 0 beads to the face of the cubes, because I just love those little chalk white matte labrador O beads. 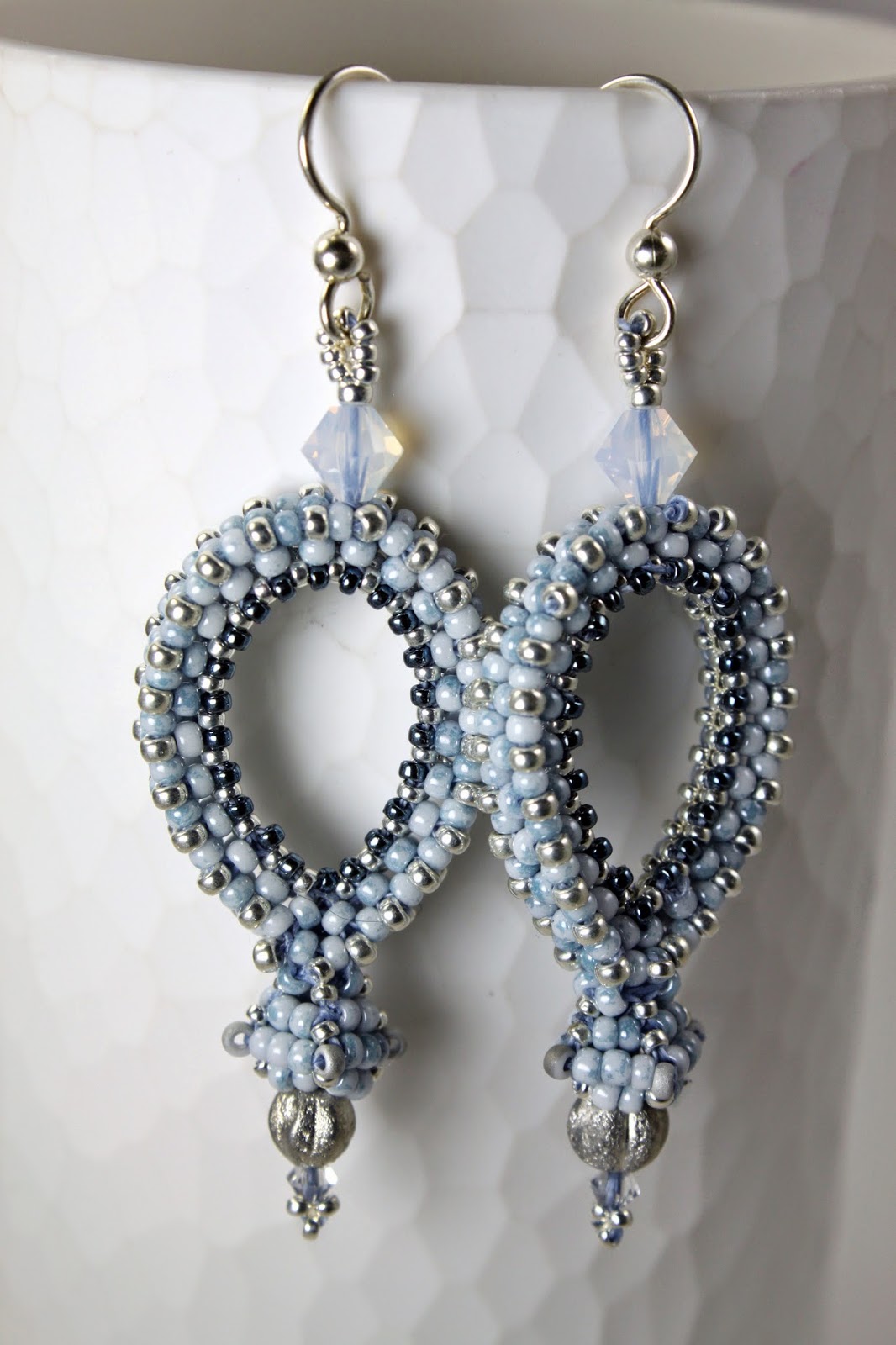 And then I just had to try out the earrings.  What looks fairly simple has a few hidden tricks to shape and join them.

And there you have the evolution of design or my convoluted process.  I think this one will get written as a bunch of options.  You choose your sprocket length, tip, number of sprockets and you put together your own…..Sort of a process/project class combined.  I'm a tad bit excited about this one!

It's debut will be at Beads by Blanche in November!

Posted by Marcia DeCoster at 9:50 AM

Wonderful how you can just sit and start designing something! The shapes and colors are beautiful!

I love it! The brights just rock.

Oh Marcia I love it. Thanx for showing the evolution of this piece. I enjoy seeing the process that others use.