Variations on a Theme Webinar

One of the things I've enjoyed a lot in my beading career is sharing what I've learned.  I've taught in the classroom, written books, filmed some video and now I will be doing a webinar.  It will be a new experience, but I'm assured by those who have gone before me that it's fun.

So what will I be sharing?  Variations on a theme....Exploring a Reusable thread path.

What does that mean?  To me it's the thread path that makes the beads hang together in a certain configuration.  Often it's the most challenging part of the design process or the learning process.  Once you've wrapped your head around the thread path and can memorize it, the beading becomes easier.

The advantage of that is that our mind is then freed up to concentrate on other elements that make up or change the design.  My 2013 Master Class at Bead and Button was based on this concept and my Bead Dreams entry two years later capitalized on the concept.

The webinar will be like a mini master class exploring my design methods during the creation of journey. 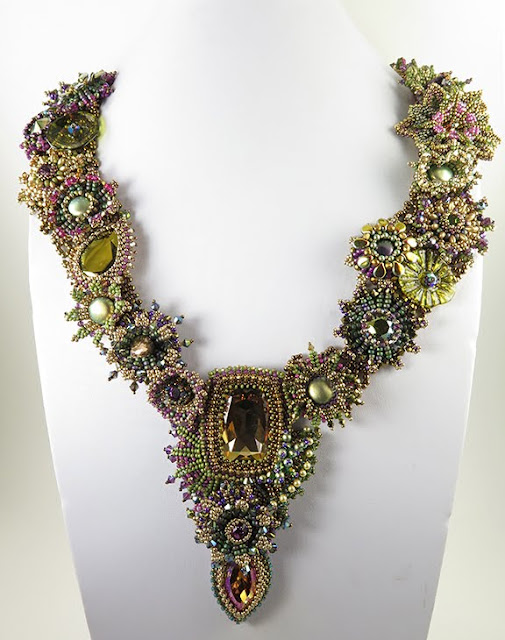 The majority of this design uses two different thread paths.  Directions for those thread paths will be given as well as ideas for variations.

This one is called carousel and is a unique way of picking up beads during ladder stitch to create a circle of beads.  Depending on counts, bead choices and embellishment styles the result can be dramatically different. 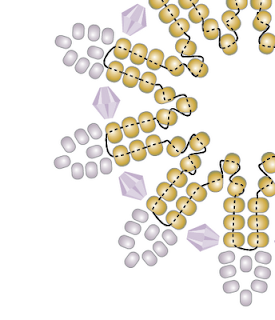 The second is a herringbone variation that I've used in Spirit Flight and a few other places! 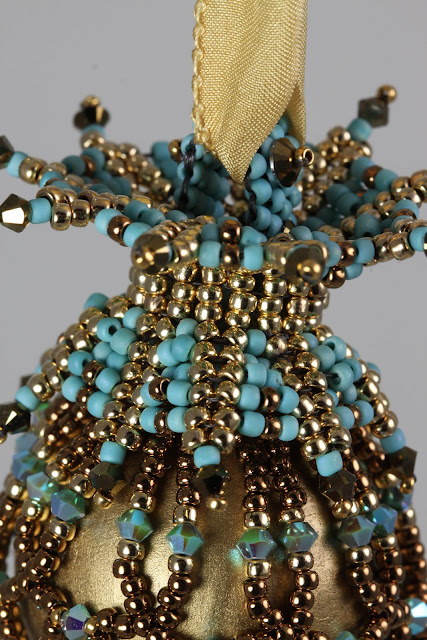 The Webinar will be one hour on Tuesday March 29th at 1:00 p.m. EST, which means 10:00 a.m. for me in California.  It's live and will be include a question and answer, but it can also be viewed after the fact if you've got commitments at that time.   If that all sounds fun and informative, consider joining me.  The link to sign up can be found here.


Posted by Marcia DeCoster at 7:14 AM