Designer weekend is what I like to think of classes that give students the freedom to make their own design choices.  Some of my designs like Under the Mast are pretty specific without much room for adding one's own design voice.  Having said that it is still a delightful piece which is personalized by placing one's own message beneath the crystal.  There is just not a lot of opportunity for changing things up.

Aelia on the other hand can be made to look different depending on the myriad of choices when selecting beads for the medallion and the bottom drop as well as variations that can be incorporated into the necklace.

This is probably my favorite kind of design to teach and this past weekend was no exception.

This one belongs to Carolyn and the coloration is just gorgeous! 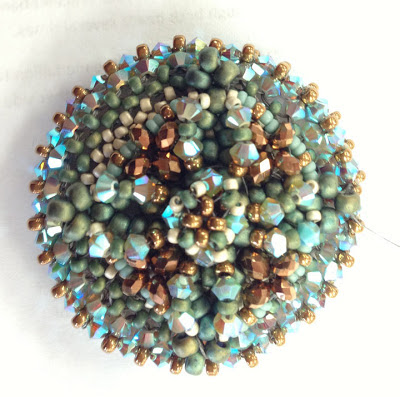 Below is Natasha's carousel.  She used colors from one of my Rising Sun's as influence, but the translucent ab orange was really an excellent touch as were the turquoise stones rather then pearls. 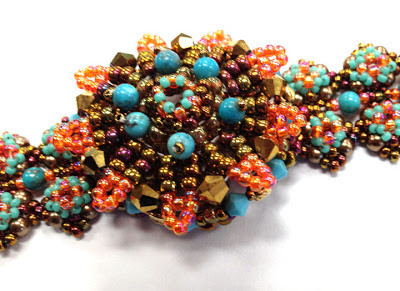 Edi, made a lacier version of the back medallion for Aelia and added the line of pale orange seeds that frame the side rondelles. 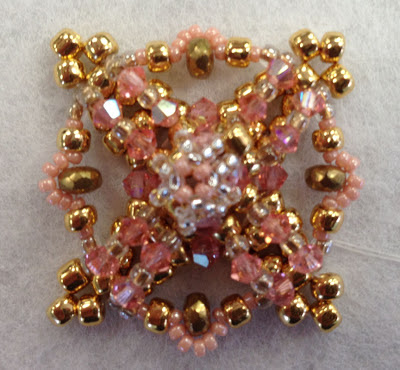 Kristin came to class wearing this beautifully done gemstone necklace with accents of silver.  She was inspired by Amphora in Bead Opulence and although after she told me that I can see the influence, however I think it was a mere jumping off point for her own design aesthetic which is very elegant. 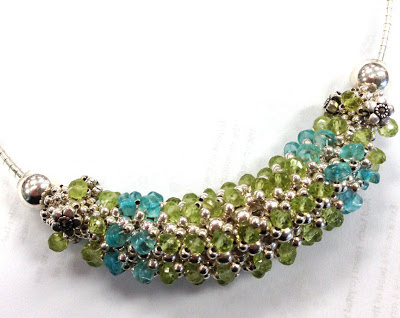 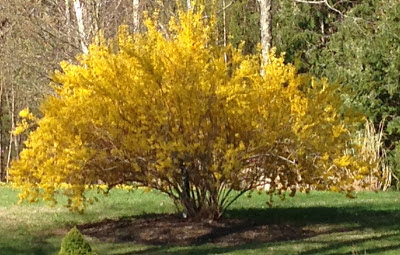 and meals of lobster! 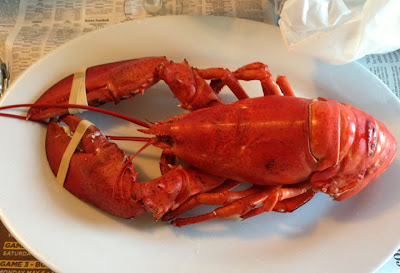 Since I had such an excellent time I will be returning in October of 2014, the 10th, 11th and 12th to be exact.  Classes have already been picked and scheduled!

Posted by Marcia DeCoster at 6:29 AM

What gorgeous variations!!!! I loooooooooove the silver necklace, as well - I would wear that in a heartbeat, and I can definitely see your influence in the design. I'm SO GLAD you're coming back next year!!!!!