Often while designing I take a piece in progress, lay it on white paper and draw out some options.

I had the task of beading a Gatsby inspired head piece for an event my daughter was attending.  I decided bead embroidery was the right medium to work in and set to cutting out some dyed lacy's stiff stuff in the desired shape.  I beaded during my Alaskan cruise and was happy with the progress until more then one person pointed out the resemblance to a starfish.....which was not the look I was going for.

This was an inspiration photo and the beginning of the piece.  Nancy Cain brilliantly suggested that I add more black which I did, but still I had a starfish....I tried to ignore it but a quick post to facebook informed me that it wasn't be ignored. 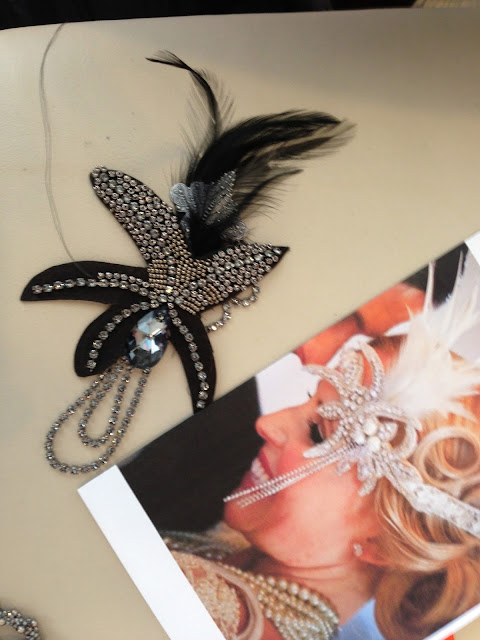 Here I laid it on paper and drew in a few additional components, and moved the metal accent to the side.  I was much happier with the overall shape so I proceeded to cut out and embroider the extra bits, attaching them together at the end. 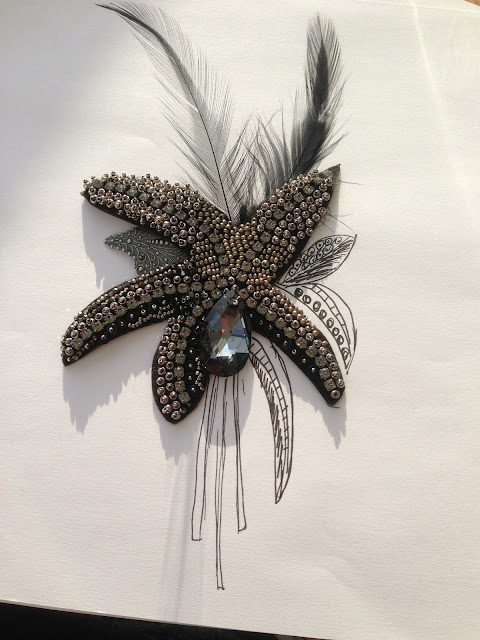 I think the finished result was quite beautiful!  I also attached a pinback so it could be worn on a headband or on a jacket. 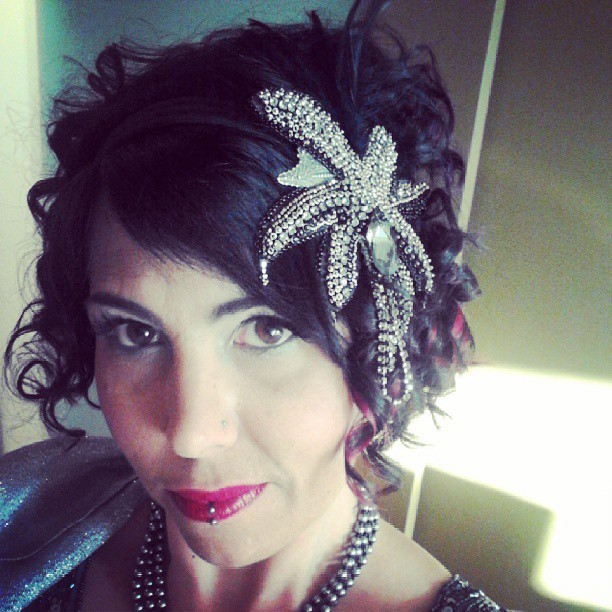 Doesn't hurt that Casey is so beautiful!  I think she rocked it!

Posted by Marcia DeCoster at 11:43 AM

It is beautiful, and Casey rocked it indeed. She is perfectly lovely!

What a gorgeous piece! Wow! I love it, and the photos are great too!

Thanks Gals, I don't usually do Bead Embroidery but this piece was fun!

She certainly did rock it. Looks fab!

Marcia your piece is absolutely stunning as is your gorgeous daughter....she's a knock-out!

It turned out fantastic, Marcia. Laying an incomplete piece on paper and sketching around it can make such a difference - I do it as well when I can't envision where a piece is going. The strategy really worked for this piece, you were able to really transform it!

I love the head piece; it has taken on a beautiful dimension.