Yesterday I continued playing with Kate's Screwts, this one is double ended, with a second double ended one inside of the first. 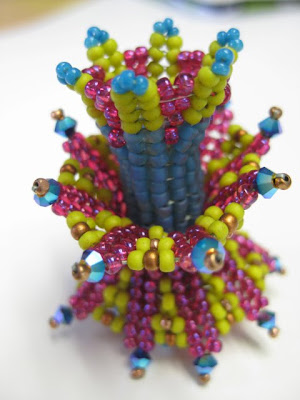 This one is destined to be a bail, but I see other possibilities as well.

And on an unrelated note, tulips which grace the studio in all their tulipness and were a bright spot in yesterdays wild storm. 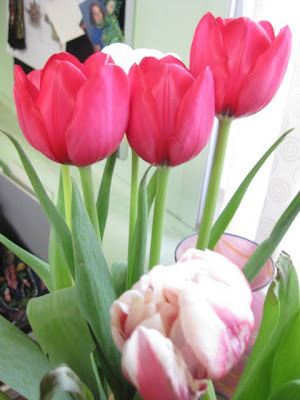 40 mph gusts resulted in six huge branches breaking off the pepper trees. Minutes before, I saw the possibility and moved my car to a safer location. I'm rather glad I had that foresight, as one very large branch rests directly where my car had been.
Posted by Marcia DeCoster at 8:13 AM

What she said, plus EXCELLENT SCREWTS.

I am enjoying the screwts in "Marcia colours" as compared to "Kate colours". :)

Holy bat screwt Marcia that is awesome!!!
Love the colors!