Maybe I'm feeling nostalgic, my beading career started in the early 1990's where I was drawn to an amulet purse worn by a woman at a quilt guild meeting that I attended.  She taught me that sweet little amulet purse and I went on to make several more.

I made the one on the cover of the Nicolette Stessin amulet purse book, designed by David Chatt, my first foray into Right Angle Weave.  I made a nautical one and put all kinds of sailing talisman into it and wore it daily as Mark sailed safely from Santa Cruz to San Diego and back.  I attended the first retreat put on by Carol Wilcox Wells in the Blue Ridge Mountains and I made her caged amulet.  I wish I could show you photos of all of them, but it was before I felt the need to record all of these.  I only have one amulet left, however I have girlfriends who own and still proudly wear some of my first beading attempts (makes me shudder, but they still enjoy them).

Here is one that I did as part of a round robin.  I made the purse using Embellished Raw which made a beautifully supple bag.  It was then sent on it's way for embellishment, fringe and a neckstrap by different artists.  I believe Darcy did the beautiful spiral rope, and Nancy Dale did the fringe (swoon) and I am thinking, but not positive so forgive me, I'm thinking Laura Zeiner did the embellishment, or perhaps I embellished hers and someone else did this. 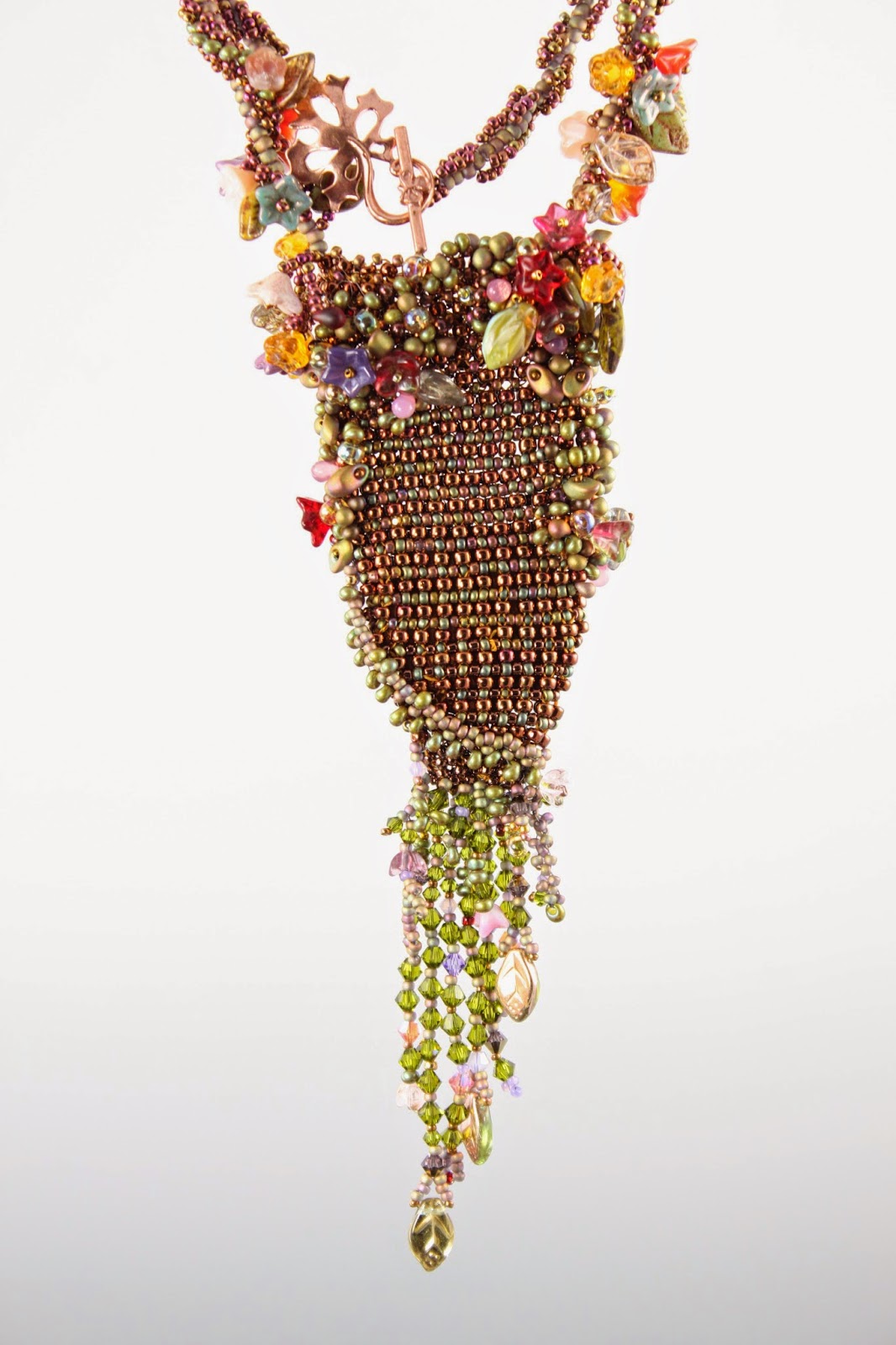 It has gotten me to thinking that I would really really like to do an amulet purse again…..

Posted by Marcia DeCoster at 10:05 AM

I had so much fun working on this project! And I LOVE the fringe you put on my bag, too. <3 It was a wonderful group of ladies! Maybe we could do another one some day...

I remember embellishing this! I loved the shape of your bag!

Wow what a great idea Marcia!!!