Funny, I thought I would take time off this week, but I am having a hard time finding the 'how not to be productive' mode of life.  It's true I do not need to travel, or pack for awhile now, but I still have to unpack, the studio remains in the aftermath of a busy fall and needs some order restored, and then there is Christmas, and wrapping and mailing.  Throw in some necessary beading and some desired beading and finishing up Ms. Layla's second sweater (she is well behind her sister in Grandma knits, but then she can wear her sisters first knits so she's not entirely without options)

I also decided that the all white Christmas tree with white lights did not look good with previous handblown ornaments so I undecorated it and redecorated it with all white and silver and now it's pretty.

I think it's going to take some time to settle in.  But I'm home for weeks and weeks now.  I am taking a class with David Chatt in January, in February I film the sequel to the Interweave RAW video, I'll be doing one on CRAW and PRAW and then there is Beading by the Bay in March.

All in all an easy schedule, totally doable.  I've also recommitted to walking and need to get on with an Ocean walk today (high surf is reported and I love to experience the Ocean during high surf, from the shore of course!)

I came a cross a little series of bags that I did in the photo album today and was re-inspired to do something like this again.  They were all done with a Turkish cast on and wool which I felted, then embellished the purses.  It was great fun.  I'm thinking the little ones would make a great cell phone/evening purse for carrying a lipstick a phone and a credit card.  Sadly I sold all these and I don't even have one. 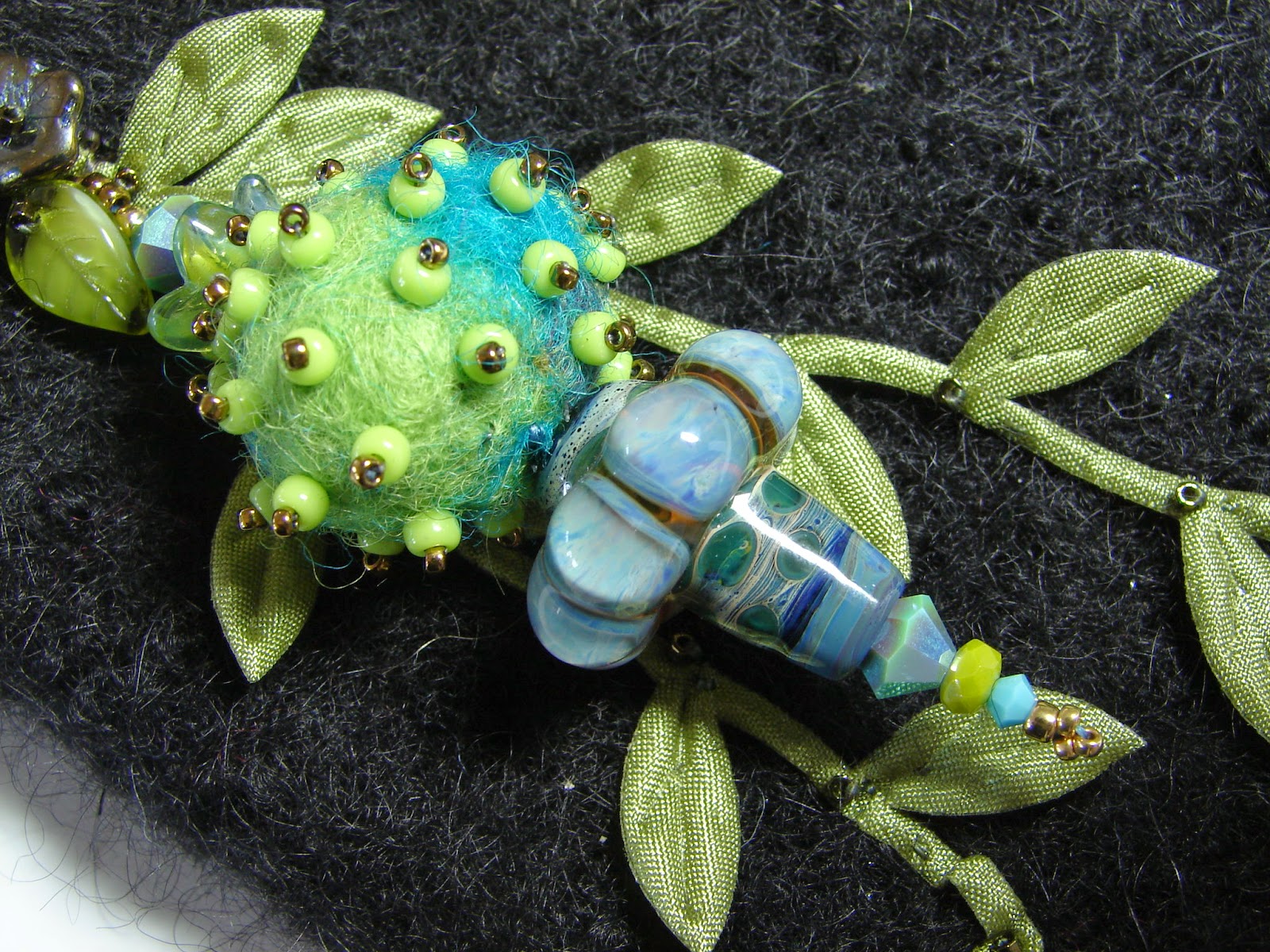 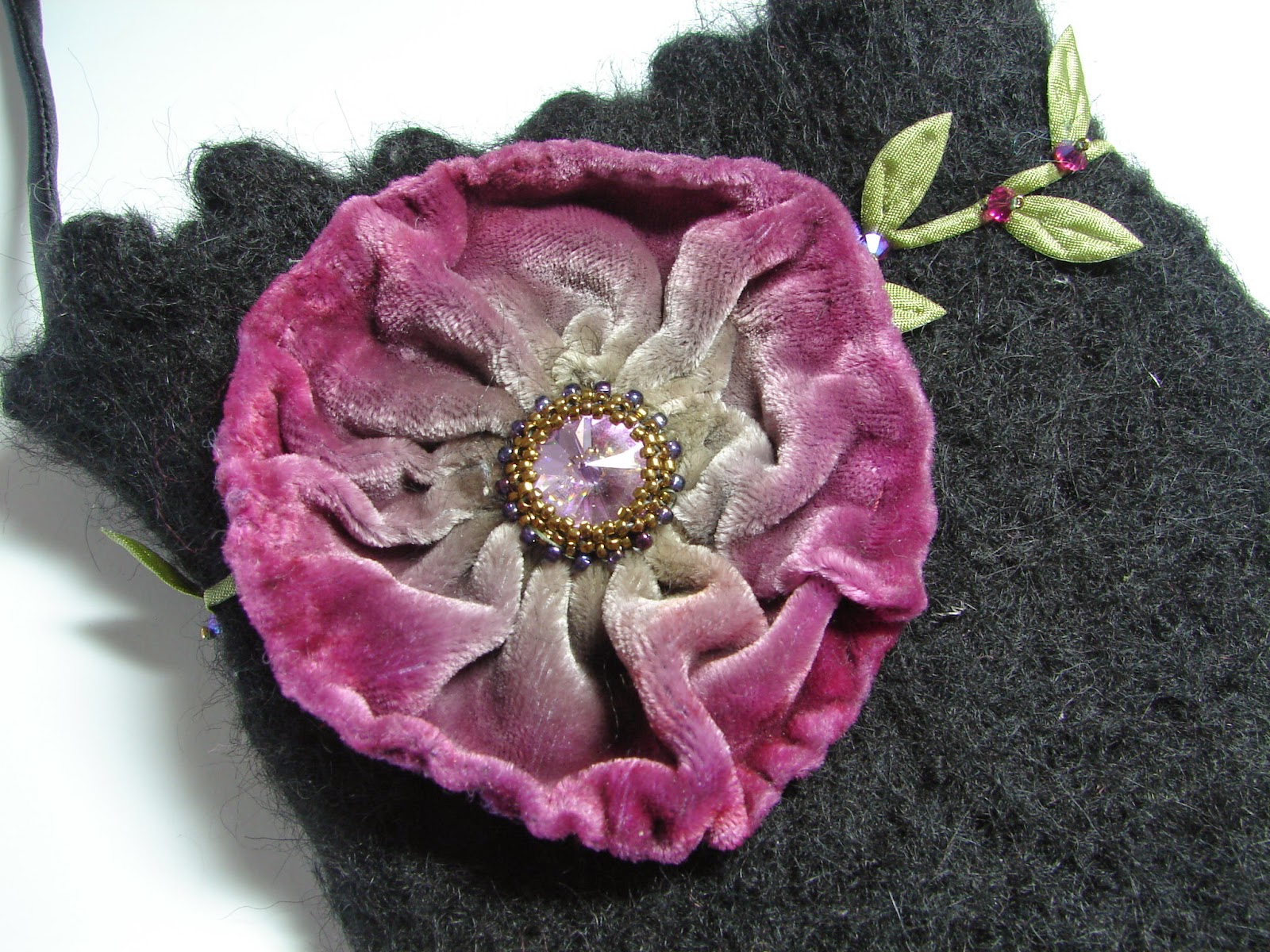 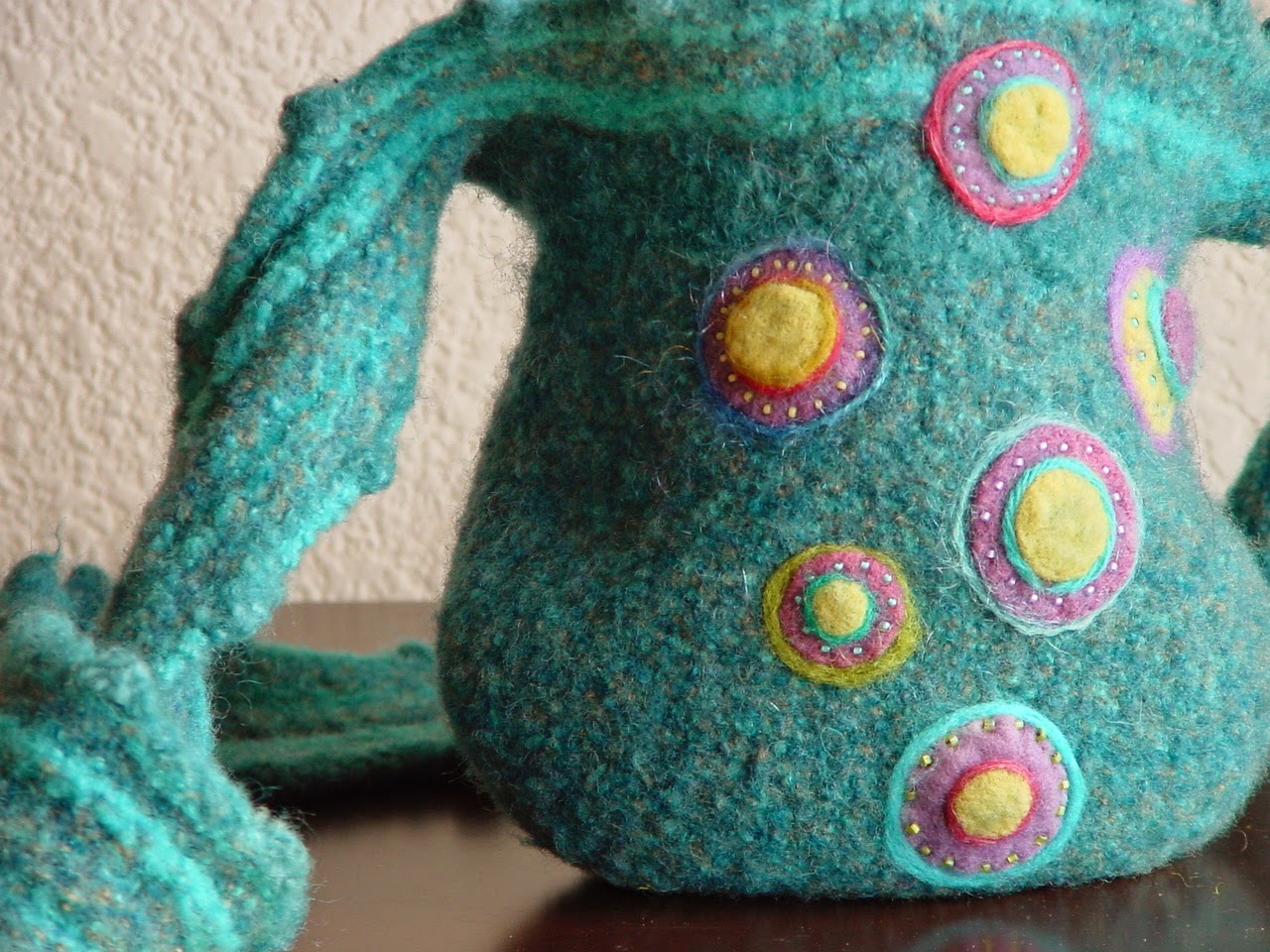 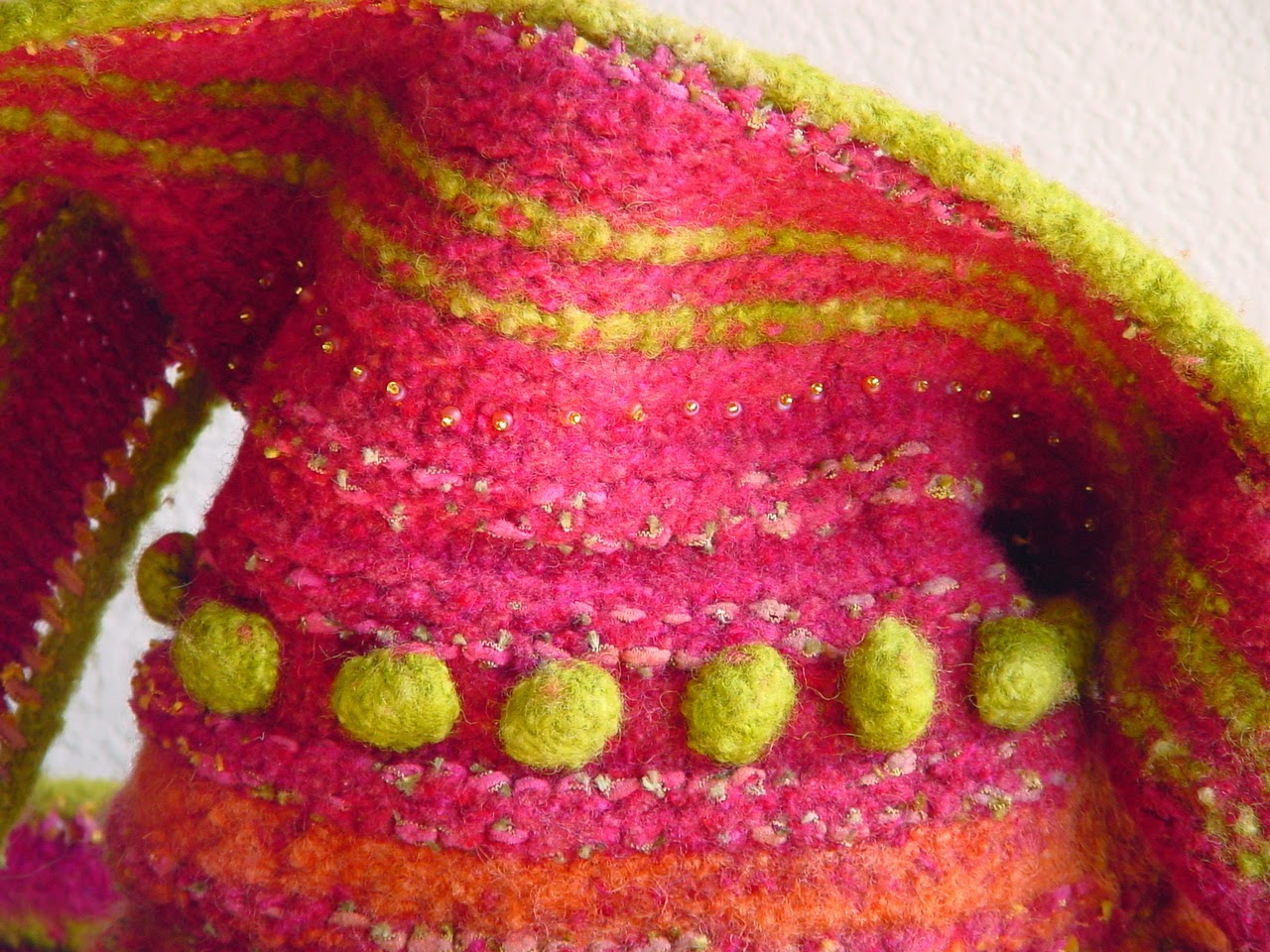 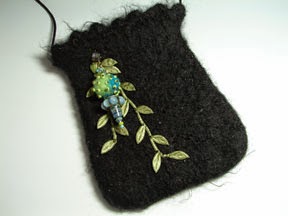 The aqua one and the hot pink and orange were done from Cat Bordhi's magical knits and had a moebius cast on.  The straps were hard to predit and cam tout a little larger then I would have liked.  If I did it again, I think I'd stick to the little cute ones!  I'd love to make up a bunch and then spend a couple of days embellishing them.  What creative fun can you cook up?

Posted by Marcia DeCoster at 3:14 PM

Glad to hear you have had a productive yet fun week. I am really happy to see that you are posting more often. You mentioned "PRAW" in this post. I am unfamiliar with it, and google search results were not helpful. What is PRAW?

All of my retired clients unanimously state "I do not know how I found time to work". I think it is human nature to fill time with activity. I think most of us are lost without it. I bet you will stay busy and those bags are adorable. A great cause for "busy-ness"! Or if you like "business", lol. You go girl!